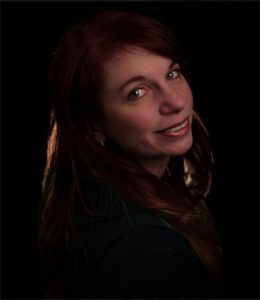 Karene Lo Galbo holds a Bachelor of Music in Vocal and Violin Performance from North Central College, and also previously studied music at Moody Bible Institute in Chicago, IL. Karene has been teaching voice for over 20 years. Karene had the privilege to study under the internationally renowned vocalist, professor of singing (Oberlin), clinician, and author – Richard Miller. She is a member of the National Association of Teachers of Singing (NATS) and holds an Early Childhood Musikgarten Certification.

Karene grew up in France and has had extensive musical training in the French National Music Conservatory. Karene has been performing vocally since the age of three. Throughout the years she has developed her vocal ability to perform various genres from pop/rock, jazz, musical theatre all the way to opera arias in various settings and musical groups. She has performed solos in churches, cafes and other venues throughout the US and in Europe. She also has appeared as a soloist in concert in several major works such as Handel’s Messiah.

Karene is passionate about her private teaching and finds a special joy in helping her vocal students find their “voice” and develop it to the best of their ability. Karene can help any student learn music in styles such as Classical, Rock, Pop, Jazz, Opera, and more. She is driven to meet her students’ needs and help them achieve their vocal goals and aspirations, whatever they may be. Many of her students have won first place in local competitions, and several have gone on to study voice at prestigious music institutions (Berkeley & DePaul). Karene now currently performs with the Glen Ellyn/Wheaton Chorale and their smaller vocal ensemble in several concerts throughout the year.

Karene has directed several local musicals such as George M., The Sound of Music, Hello Dolly, You’re a Good Man Charlie Brown, Willy Wonka and Madagascar, to name a few. She also currently teaches music to over 300 students at the DuPage Montessori School in Naperville.